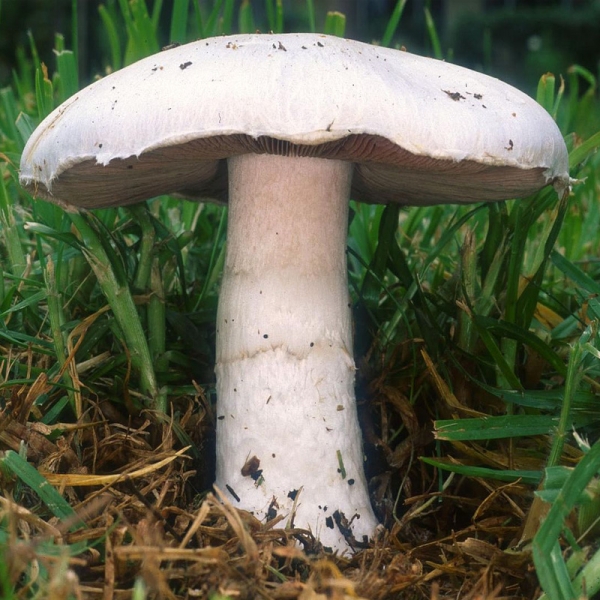 Agaricus is a genus of mushrooms containing both edible and poisonous species, with possibly over 300 members worldwide. The genus contains the most widely consumed and best-known mushroom today, A. bisporus, with A. campestris also being well known.

Members of Agaricus are characterized by having a fleshy cap or pileus, from the underside of which grow a number of radiating plates or gills on which are produced the naked spores. They are distinguished from other members of their family, Agaricaceae, by their chocolate-brown spores. Members of Agaricus also have a stem or stipe, which elevates it above the object on which the mushroom grows, or substrate, and a partial veil, which protects the developing gills and later forms a ring or annulus on the stalk.